"In this life you have to be your own hero. By that I mean you have to win whatever it is that matters to 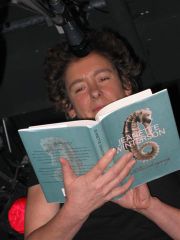 you by your own strength and in your own way." --Jeanette Winterson, The Power Book

In Weight, Jeanette Winterson re-visits and re-invents the myth of Atlas with the express purpose of wanting to tell the story again. She explains that as a fiction writer she has the freedom to retell the same story--"the stories we think we know and record them differently." 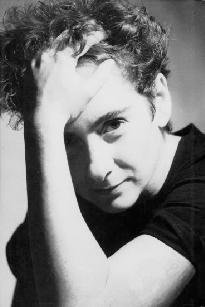 Perhaps all artists are a little compulsive obsessive.

I understand the need to tell the story again, the revisiting of old mysteries, the attempt to make sense of the nonsensical. The writing of this review is a retelling of the story, but first I want to retell the story of Jeanette Winterson, in a nutshell. In a chance encounter with a friend before a reading that Jeanette was giving, the friend gasped, "I've read everything and loved it. Particularly, The Passion." This kind of audible response is rare enough to be delightful and yet is not uncommon among Jeanette Winterson's followers in what is loosely known as the lesbian community.

This readings/appearances of Oranges Are Not the Only Fruit; Sexing the Cherry; Written on the Body; and The PowerBook--just to name a few--is the bad girl extraordinaire of her native British tabloids (as she woos away men's wives and responds rudely to criticism) but it is not her persona that causes the audible response--it is her brilliance on the page. Winterson begins her first person odyssey as Atlas with the statement that "The free man never thinks of escape." And thus begins the tale of Atlas trapped in his life-longing for freedom--and Jeanette just as trapped with what she calls "her monsters" and the two of them thinking their way through to an open door where Atlas can lay down his burden and Jeanette can walk away from the weight of her world. She presents the reader with a cosmology of the universe as it exists around and inside of each one of us:

What is it that you contain? The dead. Time. Light patterns of millennia opening up in your gut. Every minute, in each of you, a few million potassium atoms succumb to radioactive decay. The energy that powers these tiny atomic events has been locked inside potassium atoms ever since a star-sized bomb exploded into being. Potassium, like uranium and radium, is a long-lived radioactive nuclear waste of the supernova bang that accounts for you.Your first parent was a star.

Along the way we see the heroics and the flaws of those who live on Mt. Olympics and we are privileged to witness their mundane daily lives--Atlas holding up the world for all eternity; Prometheus having his liver torn out day after day; the endless bickering of Hera and Zeus in an arrangement called marriage.

As myths go, this one really is no different. It is full of deceit, betrayal, and courage. It tells the story of how others have lived and do live their lives, so that we can have more insight into our own. Ultimately, Winterson breathes new life into an old story, or perhaps it is the story-and her chosen persona of Atlas that lends new meaning to her as a writer, retelling her own story, unraveling her own intricacies.

Winterson, as story re-teller, explains that every body of knowledge is incomplete: If only I understood that the globe itself, complete, perfect, unique, is a story. Science is a story. History is a story. These are the stories we tell ourselves to make ourselves come true.

Click here to read a commentary about Anita Cornwell, readings/appearances of the groundbreaking Black Lesbian in White America.