The Sociopath in the Corner Office 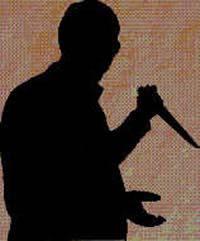 Before I turned onto this street where a woman would soon be screaming, I was sitting in traffic. My destination was one of two parking garages on the small dirty street I would eventually make a right turn on. It is a valet lot-the only kind of lots where I park at night (to avoid having to retrieve my car in a lonely and dangerous parking garage). The lot is one of the few affordable ones left in Center City and I knew where it was because it is a block away from the office where I worked until two years ago.

It was 6:30 in the evening and I was driving into town to teach my night class at the Center City branch of Temple University. Judging from the traffic, rush hour is getting later and later. Coincidentally, I was stuck in traffic opposite the entrance of the office building where I had worked. Dusk was rising, intertwining with the carbon fuels that floated up from the street, from the bumper to bumper cars, up past the red and yellow neon, up past the office lights left on after the janitors had come and gone from the 7th floor office where I once worked.

It was all part of some grand cosmic dance -- the wasteful rat race produced carbon fuels hastening us toward our stalled demise. I am not passing judgment, mind you. After all, I was sitting there, stuck in traffic -- the most wasteful type of driving -- in my sporty new red car. I had decided that if I were going to be stuck in the rat race I would drive around in style. I frequently call it my mid-life mobile and, to some (just for laughs) I call it my menopause mobile --even though I am technically not there yet.

So there I was sitting in my Barcelona red car -- stalled in traffic when my mind started to race. I found myself looking at the entrance of the office--and thinking that it was a coincidence that I had, just before leaving the house, e-mailed an old friend from this job to relay the latest gossip. This old friend and I had worked together and she had also left after the new executive director had taken over.

To make a long story short, this executive director and his hand picked "team"-- two formerly trusted co-workers -- had plotted the demise of my department. I learned from this experience, that the expression "stabbed in the back" is grounded in reality. That is exactly what a certain type of betrayal feels like.

The worst of what happened in the three months that my department was being "restructured" and I was being downsized was that a colleague of mine -- a woman with multiple sclerosis who had been there for fourteen years -- was harassed to the point where she lost her ability to walk.

This agency is a nonprofit that represents special needs children.

I was one of the lucky ones -- this "restructuring" was motivation for me to get a better job. I started the following Monday after I was laid off with a severance package of two weeks pay and, more importantly, two months of health care coverage that lasted until my new policy kicked in.

And so I went on with my new and improved life -- that enabled me to buy my new car. But the urge to gossip was too strong to resist. I have, as they say, "stayed in the loop"-- and perhaps by doing so, I have been able to move on without carrying bitterness and have made strides toward trusting my current co-workers. Thanks to another former colleague and friend (who left after being harassed) who has stayed in touch with someone who still works there, I have pretty much had a blow-by-blow account of what has gone on since I have left.

The latest news was that this executive director was again "restructuring" jobs and forcing resignations. It seems that this guy, who when he wants to (as in the case of impressing the board) can be perfectly charming, needs a shot in the arm now and then by bullying his employees.

Sitting in traffic, I was wearing my string of Tibetan prayer beads (given to me by a Buddhist friend) and I had a flash of compassion for one of the women who stabbed me in the back and is now, recently, jobless. But then it passed. (Maybe it was just a hot flash.) I was, after all, sitting in traffic burning carbon fuels. Since I couldn't accelerate, my mind started to race instead. I found myself thinking wouldn't it be funny if I saw him (the new executive director) leaving the building. Then I thought, no I won't see him -- he's the kind of person who would never ever work late.

As my thoughts wandered, but still stayed on him, remembering what a creep he was -- again another actual physical sensation -- the traffic started to move and I drove along for another block and then made a right onto the small dirty street and pulled into the second parking garage. It was the same lot where I used to park when I drove to my old office.

I pulled into the driveway of the lot, past the dingy parking garage office with the metal enforced door and looked up. There he was, standing there, looking down at me with a startled look on his face. I, too, was startled. I looked ahead and then back at him -- he was still short, round and bald with a facial expression that can only be described as dopey. A slow look of recognition was dawning on his features -- his thick-lidded eyes widened, his doughy cheeks seemed to perk up a little and even gain a little color. He raised two fingers toward me -- in a tentative wave.

I was looking at him through the rolled up window of my car -- our faces were, maybe, three feet away from each other. As I mentioned, he is short. I looked back at him but I didn't nod or wave. Instead, I broke into laughter. It wasn't hysterical laughter -- or even sarcastic. It wasn't forced. It simply was what it was. It was a simple, isn't this ridiculous kind of laugh.

Later, I would think about the profoundness of this chance meeting. It was as if he was a thought that had escaped from my mind and was standing there to greet me, with two fingers held aloft. Either that or my intuition had sensed that he was nearby. My antipathy to him had once been that strong.

But at the time, I didn't have time to think of this. The laugh was just a laugh -- but perhaps it also was more than that. It's quite likely that I have come to think of him -- and of people like him, people without compassion, without conscience, unable to think of the consequences of their actions -- as pathetically ridiculous.

By the time, I got out of the car and handed it over to the parking attendant, the woman in the street was screaming. I walked toward the entrance of the garage where the new executive director was standing (he will forever be the new guy in my mind) and said hello -- then I heard the screaming and asked if everything was all right.

"Someone just got robbed, that's all." The tone in his voice was flat -- reminiscent of the Russian novelist Nikolai Gogol's Dead Souls.

"How horrible," I said as I stepped into the middle of the narrow street and stared down to where a woman was sitting on the sidewalk, still screaming. A small ring of people had come to her rescue. A parking attendant I recognized from the other garage was helping her to her feet.

As I turned I saw the executive director stalking off, with a scowl on his face, toward his dirty white, non-descript SUV that had just been driven down the ramp.

It was just a chance encounter on a typical night in the city -- full of late rush hour noise, the distant and close blare of horns, a siren or two between the growl of engines forced to a crawl, and the screams of a woman who has been robbed.