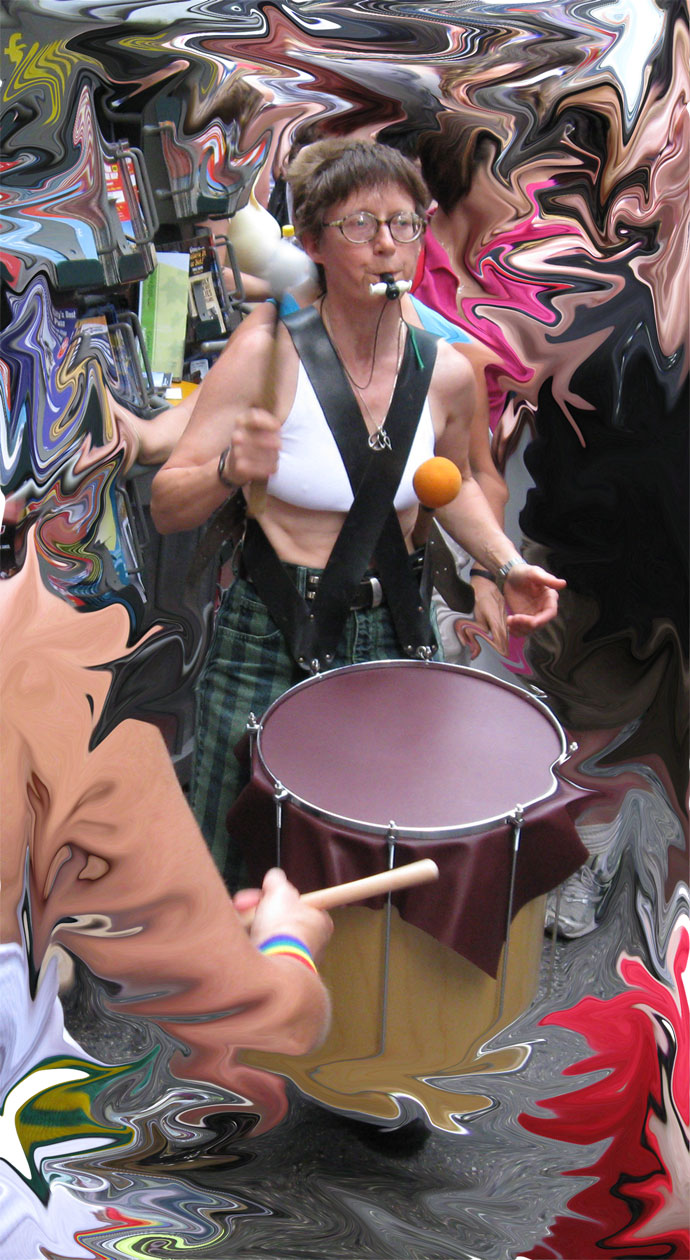 I spent a summer in Boulder, Colorado in 1992 and I always expected to return. I had, after all, sat in the middle of a field, studded with wild flowers, gazing up at the Flat Irons-which are massive slabs of rock nestled in the foothills of the Rocky Mountains near Chautaqua Park. And legend has it that anyone who gazes upon the Flat Irons is destined to return.

Later that same year, Colorado voters passed the anti-gay Amendment 2, which prevented any Colorado government entity from adding sexual orientation to its nondiscrimination policies. After much outcry and opposition, this amendment was overturned in 1996 by the U.S. Supreme Court.

In 1992, there was a national boycott of Colorado -- conventions were cancelled as were vacations. I, too, thought of the boycott as reason not to return. But there were other overriding circumstances. For one thing, my friends who I had spent the summer with moved back East. Not to mention that summers off are rare. So I returned from studying creative writing at the Naropa Institute in Boulder (with instructors that included the legendary Allen Ginsburg), to my daily grind which, at the time, was being a freelance writer.

I was recently reminded of all this when I picked up a copy of Focus on the Fabulous: Colorado GLBT Voices edited by Matt Kailey, published in 2007 by Johnson Books in Boulder, Colorado. This anthology is a quick read -- with snapshots of the co-existing homophobes and hippies (including gay and lesbian flower children); gender-bending cowboys and cowgirls crazy for the movie, Brokeback Mountain; whiskey drinking grandmothers; and righteous drag queens -- all set in against a backdrop of pristine natural beauty claimed as home by the religious right and also by relentless LGBT activists.

Seventy miles south of the ever more cosmopolitan city of Denver, in Colorado Springs is a modern day castle on top of a hill that is the headquarters for Focus on the Family, an ultraconservative Christian conglomerate-with 1,300 staff and 250,000 visitors per year -- described as the "hub of anti-gay activism in the United States and beyond." The editor of this anthology describes Colorado Springs as "Ground Zero" - the name of a LGBT equal rights group also in Colorado Springs.

The Colorado GLBT community represented in this anthology of personal essays, short fiction and poetry, interlaced with commentary providing historic overview on the LGBT community portray a love of the land, a collective bewilderment each time a new piece of anti-gay legislation is passed, a fierce perseverance and determination -- along with an acute understanding of oppression.

Donaciano Martinez -- who began his activism in 1964 on the fronts of civil rights; peace and justice and the gay community - writes in his essay that his experience of learning at an early age that it was his experience of it being "not okay to be of Mexican American heritage" that shaped his perspective.

That ethnic hatred was often internalized by our people, and the self-hatred expressed itself in the form of trying to alter our cultural identity. Chicanos often changed or Anglicized their names…Many tried to hide their accents, and others lightened their dark hair to red or blond. This type of internalized self-hatred has had a similar effect in the gay and lesbian community, leading many to conceal their true identities.

Martinez, who grew up in the Colorado Springs Chicano community, came out before gay liberation when gay culture was underground - in men's bathrooms, in movie theaters, behind closed doors. He writes, "Just as I learned at an early age that it was not okay to be Chicano, I also learned that it was not okay to be gay. Just as Chicanos did not rebel against injustices, gays did not rebel against the societal hatred that kept us underground." 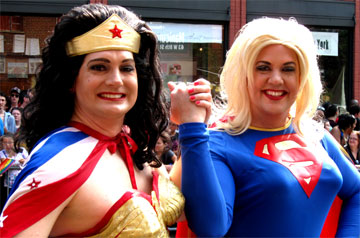 Another notable writer in this anthology is Nuclia Waste, a drag queen from the uranium-contaminated swamps of Rocky Flats, Colorado who writes about "the kind of camping that is done in a tent, not both in platform go-go boots, though both are quite fun."

Carolee Laughton's short story, Urban Cowboy, portrays a female to male transgendered person who was disabled in a rodeo accident and explores his evolving self image through the eyes of a woman who finds him attractive: "…I realized that she didn't see a crip-she saw me. The wheelchair didn't matter to her; should it matter to me?"

The lives and the community presented in this book are complex and multi-faceted. The community's legal victories are described (the Supreme Court decision to overturn Amendment 2 and, more recently, in 2007, the law that allows for two-same sex parent adoptions that was finally passed and signed into law by a new Colorado governor.

The book also shows the disappointment of the LGBT community at the states 2006 constitutional ban against gay marriage -- along with the defeat of Referendum 1 (on the same ballot) which would have provided legal protection to gay and lesbian couples.

Like most places, but maybe more than most, Colorado is a place that contains many contradictions.

And despite these contradictions, I found myself remembering all of the things that I loved about Colorado -- the pristine landscapes, fields of wildflowers under fierce jagged peaks, the wide open blue of the sky.

I have no doubt that someday I will return -- in fact, I've already begun to do so while turning the pages.