"Hitching To Nirvana is a magnetic forcefield, not just pulling us beautifully into the story, but into our own lives.  It's rare when a writer can open the shared world with such a deft, personal touch." --CA Conrad, readings/appearances, Book of Frank

Hitching To Nirvana -- by Janet Mason --now available!!!! -- a novel of midlife and adolescence (in e-book or paperback) 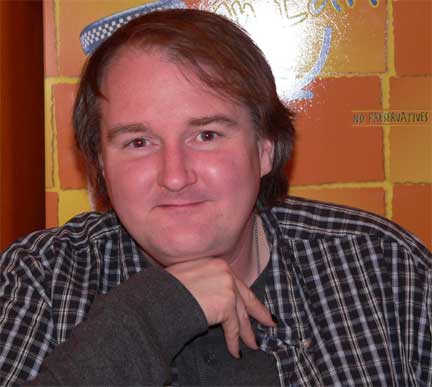 Poet, visionary and human liberationist CA Conrad brings us a new and necessary queer aesthetic in his collection of poetry Deviant Propulsion published in 2006 by Soft Skull Press. This aesthetic is not one of grasping (me too me too) assimilation and it is also not one of rebelling against this in predictable ways.

What CA Conrad wishes for us--is to be more free, to have conversation with ourselves, to observe life so keenly that new vision is rearranging the molecules.

imagine tasting/ wind through/ field of / wheat in/ bread

Leafing through the book, letting the words filter in slowly, the shapes of the sounds in his visual word play, I find myself falling into some ancient poetic place-tracing the cave paintings with my eyes and sifting through the fragments of a civilization in ruin to find shards of happiness, some of which are entire poems:

In the Black Forest Before the Birth of Rilke

under her skirts of bark the hidden pencils grow

Even as Conrad brings us a new queer aesthetic he smashes the walls of every form of categorization, writing as he does--

In a time when so many voices are silenced and when so many others inevitably blur together, Conrad rises above the crowd with his vibrato of unique authenticity. Many stake claims on becoming the great American novelist--but Conrad in his insistence of being himself and pointing out the absurd and then, often, delighting in becoming it, writes in a voice that is rooted in the screaming-to-be-liberated psyche of this country:

above anything i value my American roots of dissidence